I am honored to be named vExpert for a second year!  Congratulations to all who made the list!  How exciting to once again be included in this esteemed group of talented folks, so willing to share of their time, knowledge and experience.  I am quite humbled to be counted among them, most of whom I will forever look up to. The numbers have increased year after year, which I’d like to assume is because the passion in this field is contagious and more people are answering the call to stand up, volunteer, and give back to the community.  Kudos to all the guys and gals who have paved the way for the rest of us.  And a special thanks to Corey Romero and the entire VMware Community Team!

I also give great thanks to John Troyer who started this years ago and who probably had the best tweet of all in the wake of the announcement:

Congrats to all the #vExpert 2015 awardees, new and returning! Now go out and do something awesome in the world. I'm counting on you.

Thanks for the inspiring call to action, Mr. Troyer! 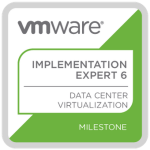