Thursday was the final day of the conference and thus it was the last day to meet up with Scott Lowe and the other believers I had met this week. I also had the pleasure of meeting Scott’s wife Crystal that morning, which was a treat. Both she and Scott make up a great team in their efforts to support the community at large. Crystal puts together the Spousetivities each year for tech conferences, a collection of activities for family and friends of conference attendees. This has always been a hit and will continue to be held up as a shining example of contribution to the community. Since this was the last time our group would get together, we said our farewells. I really hope to be back and join this group again next year. This had been a very meaningful way to start each day. Much thanks goes again to Dave Hewitt for coming up with the idea, to Scott for coordinating, promoting and leading it, and for all those who attended for supporting the effort and for their example of faith. You guys meant a lot to me this week.

Thursday’s schedule ended up being a very tight for me. I had to catch the Thursday General Session since this is traditionally a hit with innovative ideas being showcased. It’s also usually not recorded so there is no option to see it if one decides to skip it. After that was over, I made a beeline to the user conference, Tintriticy, already in progress.

Trent Steele, one of the SE’s for Tintri, told me about Tintricity, and since we might enter into a partnership with them, I wanted to find time in my schedule to make it there. I made it in time to hear Kieran Harty, Co-Founder and CTO of Tintri, deliver the Tintri vision, and Eric Burgener, Research Director for Storage at IDC, give an industry analyst view of storage trends. Of course this was great marketing for Tintri. I then bumped into Luke Gray and met Alexander Nimmannit and Justin Lauer. Justin’s name rang a bell and I soon discovered he is a very active contributor and evangelist in the community. He’s given VMworld presentations and is their principle evangelist, so no wonder I’d heard his name. I was getting ready to leave after Eric Burgener’s talk when I heard a customer share their experience with a traditional storage vendor, whom I was very familiar with. The customer experience was unfortunately, negative but Tintri solved their challenges by delivery better performance and easier management at 1/3 the cost. Very compelling story. I ended up staying much longer than I planned because I wanted to know more. I then chatted with their CTO, their channel manager and then spent extended time talking with Alex, who happens to be a very happy customer. These were great conversations to help solidify our views of the Tintri solution.

After that, I grabbed lunch and then headed over to Pure Storage’s user conference, Evolve. The main reason I went to this was because Diane Greene and Mendel Rosenblum were slated to speak at the event. They are two of the cofounders of VMware, legendary in our world, so I was eager to hear them speak. It turns out that only Mendel spoke but it was worth it. It was quite a treat to hear this brilliant visionary speak.

After that, I headed back over to Moscone to spend the last couple hours of VMworld in the Alumni Lounge. I started working on these posts and then had a rather unexpected conversation with Josh Atwell. Apparently, my conversation with him earlier in the week made him rethink his involvement with the community in relation to time devoted to the more important things in his life: his family, home and career. He shared with me he wasn’t even following the advice he had given to me the other day and was getting ready to take a break for a while. I just saw his blog post earlier this week where he publicly announced his hiatus. Sorry Josh for being the impetus behind this. I admire him for following through on his values and making the hard decisions to stand by them. I love these meaningful conversations and this really got me thinking as well. As much as I want to get more involved in the community, I want to make sure never to lose sight of my values and priorities. I felt pretty fortunate for having been exposed to some key insights by mighty folks in the community around this topic this week.

At 5:00, the Alumni lounge closed and that marked the official end of VMworld for me. That was bittersweet. It was an amazing week, as it always it, but good things like this do come to an end. Thankfully the impact will live on. And… the day was not completely over yet!

After that, I headed back over to the Pure Storage Evolve event to check out their last session. They managed to pull in SNL’s Jay Pharoah for a hilarious wrap up to their event. Jay was funny – definitely had his moments, managed to stay clean, and delivered some good fun to the crowd. That was a nice bonus for me to wind down with this after VMworld.

After that, I did some requisite trekking through town for some gifts for the family. I did not do any sight-seeing like I had in previous years. Primarily because I feel like I’ve seen the big sights and really, I had more important things to knock out before packing and getting ready for my 6:30AM flight out of town. Perhaps, the biggest non-tech highlight was yet to come…

Last year, I came across a homeless man who happened to be a talented wire sculptor who earned his keep by selling his creations on the street. I was impressed with his sculptures last year and even bought a couple items. My daughter loved the wire turtle and gecko that I brought home to her so much that she asked me to find the man again this year and have him make a fish. So… not wanting to disappoint, I went out searching for the “copper man” (he used copper wire). I figured my chances of finding him were almost zero and I made sure to set my daughter’s expectations low. She understood that I might not find him and if I couldn’t that I could just find something else really nice for her. Since I wanted to at least tell her honestly that I really searched for him, I really did search for him. And bordering on miraculous… I found him!

I chatted with him and reacquainted myself with him. His name is David Rodgers and has been making these wire sculptures for years. He started as a kid and quickly knew he had a talent for this. He’s also made other things – he told me about a guitar that he made out of two cigar boxes. I asked him to make a fish and he quickly set out to turn a piece of aluminum wire into a fish. I think it took him 15 minutes to knock it out. I swear this guy has amazing talent and should be able to sell his creations in a shop somewhere. I wish I had the sense at the time to take a few pictures of the rest of his creations and post them to give him some extra publicity. He lives on the street, but manages to pay for hotel rooms many nights from the money he collects selling his sculptures. With that kind of talent, he should be able to get off the street and have a decent lifestyle.

David made my night. I couldn’t wait to share the news with my wife that I found him. What a great way to end a phenomenal week at VMworld. And what a treat for my daughter to exceed her expectations and bring home exactly what she was hoping for. Now she wants to meet the copper man. And I have no problem introducing her to him. I just need to be able to find him again… 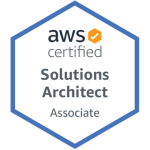 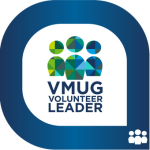